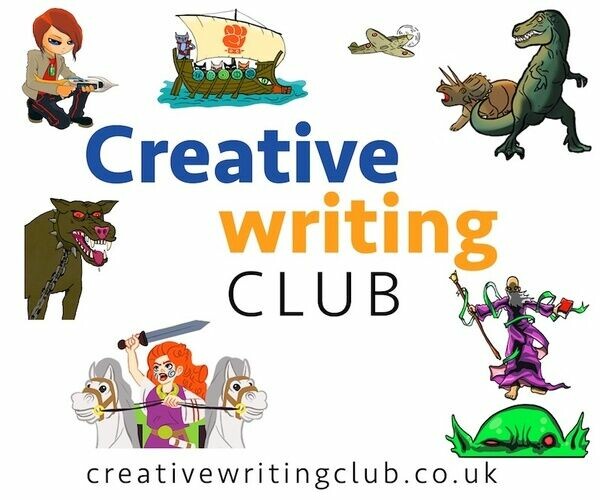 Help us to make more free writing resources for kids by buying a book from our shop. 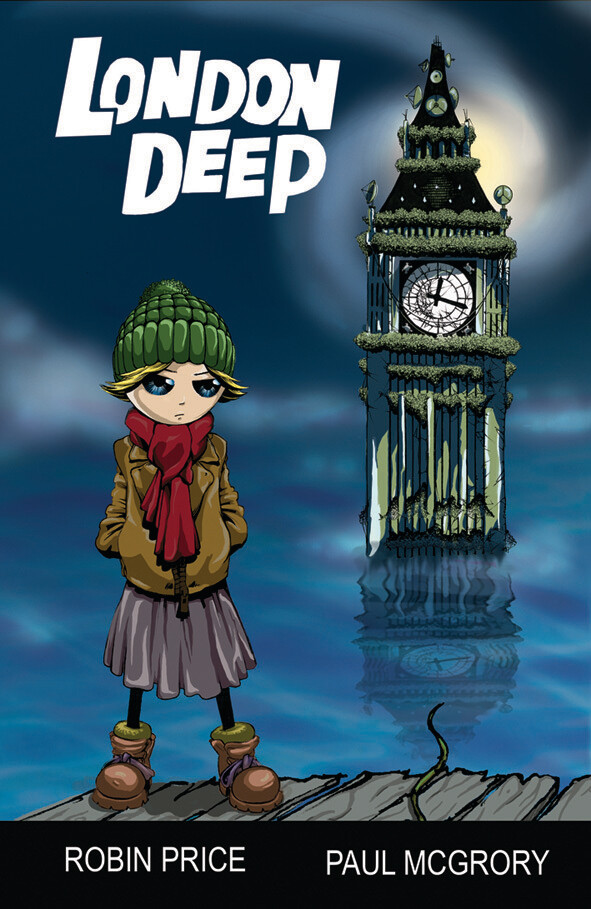 Half book, half graphic-novel, London Deep is a sequence of 4 graphic novels with amazing illustrations and strips on every page.
London Deep was chosen as a Recommended Read for World Book Day.

In book 1 London Deep – rule breaker Jem Mallard joins the Youth Police and hunts down the outlawed Father Thames organization. Things get complex when Jem discovers that Father Thames is led by a member of her family.
ISBN: 9780954657604

In book 2 – Father Thames – London is under threat from a fleet of masked invaders. Their secret island holds a strange power source. Jem discovers that the Father Thames organization are involved.
ISBN: 9781906132040

In book 3 – Threadneedle – Jemima gets caught up in an outbreak of the deadly Threadneedle disease. Those closest to her become infected.
ISBN: 9781906132057

Buy from this shop and try out the Flooded World storymaker to write your own dystopian epic.
http://club.creativewritingclub.co.uk/themes/flooded-world/

'This is a terrifically atmospheric page-turning adventure told through words and comic art. Set in the near future, in a flooded London where rival police forces - one for adults and one for kids - compete to keep the peace, it intertwines the story of Jemima, daughter of the Chief Inspector of Police, with contemporary issues of climate change and the environment in an original and provocative way but without sounding patronising. It's a rattling good read and one in which you are sure to be drawn in to Jemima's exploits of survival.' Lovereading.co.uk

'Through pace and narrative power, both admirably sustained, the book avoids becoming didactic. This is no campaign document on climate change...
The characterization, especially of Jemima and Nick, is forceful and convincing. They capture the reader's interest and carry the narrative forward... ' Armadillo magazine

'Robin Price's writing is quirky with a bit of an edge to it that greatly adds realism to this dystopian version of London... Add in the gritty illustrated comic panels by Paul McGrory and you find this is indeed something quite new, not only in plot, but in style. It's not just an illustrated novel, nor is it quite a graphic novel. It is a hybrid between the two..'
http://www.dooyoo.co.uk/comic-book/london-deep-rob...

'This book contains some brilliant cartoon-illustrations drawn by Paul McGrory...Overall I thought this book was great. It would suit most ages.' http://www.childrensbookreviews.co.uk/

'London Deep is a really amazing story about a twelve year old girl called Jemima Mallard. She lives in a flooded London of the future!! ... This book is a very enjoyable read with lots of drama action and fun. The comic pics are very enjoyable to look at and they fit well with this kind of story.' Abigail (aged 10).

'Is this part graphic novel, part standard text, or is it a story with illustrations...? It made my head ache, but my eleven year old loved it.'
Rachel Ayers Nelson - School Librarian Magazine

Save this product for later
Display prices in: GBP

NEW: When you buy a book from Creative Writing Club it comes with downloadable activities that you can use to help you study at home.